by The Secret Life 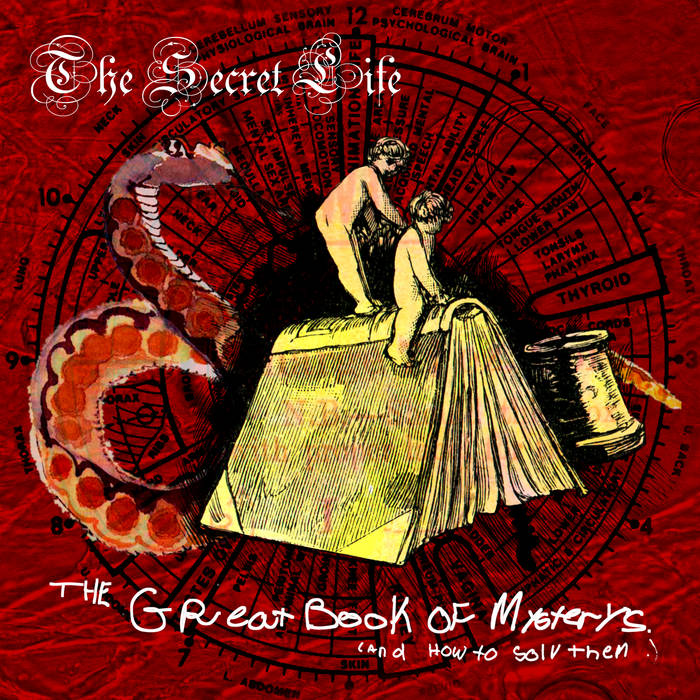 Born at different ends of the east coast two years apart, Threv and Tricil formed The Secret Life on New Years Eve 2005 in the heart of downtown Atlanta. Threv, born Matt Simpson in Atlanta, bounced between Florida and Georgia in his youth, settling in the Reading Capitol of the World, Tifton, GA before relocating to Atlanta to pursue Computer Engineering at Georgia Tech. His sonic partner Tricil, born John Jacobus, hailed from upstate New York before moving to suburban Atlanta, GA.

Threv and Tricil met in the mid 1990s through their mutual appreciation of industrial music and the internet. IRC provided the perfect medium to trade information, inspiration, and ultimately a series of early collaborations using Impulse Tracker, at times with a pre-Machinedrum Travis Stewart. Two college careers later, the boys were reunited when Tricil released his solo opus "The Secret Life of Pillowtex." Notorious for parties, concerts, and an intense creative endeavours, the residents of Pillowtex often filled the "living room" concert hall with a wide variety of folks and fantastic music, much to the chagrin of the neighbors and authorities.

Threv also had the luck of working at WREK 91.1fm, Georgia Tech's world-renowned student-run radio station. It was through his show "The Mobius" that he met the artists of Nophi Records from Miami, FL. Having lived near Miami, Threv and the Nophi crew shared several friends and acquaintances, and any time they came through Atlanta, a massive party was thrown in Pillowtex that normally eclipsed the venue-based shows. Featuring artists like R_Garcia, Machinedrum, Social Espionage, Johan Ess and many others, the Pillowtex concerts provided the perfect central point for electronic music and fellowship for both the artists and audience.

It was through these concerts that the head of Nophi, Randy Garcia, invited The Secret Life to perform during his Atlanta tour. On April 15 2005, The Secret Life debuted in front of an audience. Immediately following the show, Randy offered The Secret Life the opportunity to produce an album and play further shows with his artists. Inspired and enlisting assistance from talented friends such as vocalist Nicole Duffey, sound artist Ryan Dempsey, the dry drawl rap of Matt Mixon, The Secret Life immediately set to work.

Over the course of a year and a half, The Secret Life sculpted their sound into what they deemed "Peachtree Industrial". Influenced by the heavy technical synths and dirty beats of Skinny Puppy and Cabaret Voltaire, the glitch and beat mastery of Warp Records and contemporaries, and inescapably affected by their Dirty South surroundings, The Secret Life played over thirty shows during their lifespan.

Using a minimal setup of laptops and controllers, SL consistently delivered unique live interpretations of their studio work to a wide variety of audiences. Live highlights include performing during the last hour of 2005 in Hell at the legendary Atlanta club, The Masquerade, and sharing the stage with Kill Hannah and Mindless Self Indulgence to a sold-out crowd.

During this time, much changed in the personal lives of everyone involved. To facilitate collaboration, Tricil moved to downtown Atlanta with Threv's partner, muse, and inspiration, Missy Limina. Meanwhile, in south Florida, the post-Katrina media focused on the devestation in New Orleans while turning a nearly blind eye to the destruction of Fort Lauderdale from Hurricane Wilma. Inexplicably turning course, whipping across the Everglades and tearing into the greater Fort Lauderdale area, the home of Randy Garcia and Nophi was destroyed. Randy relocated to Atlanta, where he invited Threv to help reinvent Nophi. Culminating in a 3-day Thanksgiving festival called "Nophest", Matt and Randy began working intensly on the label.

The local favorite dive bar, Lenny's, played host to numerous open mic performances via "Kirkwood Ballers Club" and hosted the Laptop Battles. Larvae's Matt Jeanes organized a series of battles leading to a final playoff where the winner competes in the national finals in Seattle. Held every few months at Lenny's, the last three battles were each won by a core member of SL (tricil, missy, and threv finally taking the Atlanta crown).

As pressure mounted to finalize the album and take the band into a new direction, new responsibilities and tribulations appeared. Tempers flared and everyone's soul was fiercly searched as the last half of 2006 began. Both grew tired of their living space, and relocated outside the city. Due to a lack of proximity and charged emotions, Threv and Tricil agreed that The Secret Life had reached a completion.

What you hear now is the result of two whirlwind years of vastly exceeded expectations and what seems to be a lifetime of learning in a tiny amount of time. There is great emotion, intense highs and lows, friendship, conflict, and above all, a fierce dedication to music within this record.

Thank you for being a part of The Secret Life.